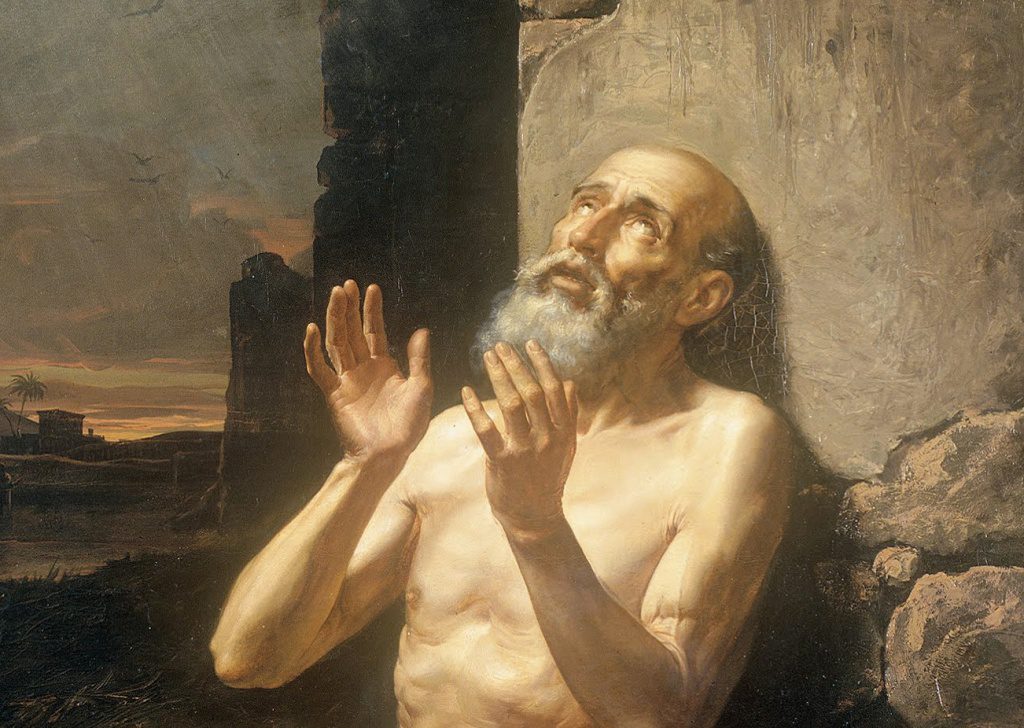 In my study time this morning I came across some reading notes from the book Baffled to Fight Better: Job and the Problem of Suffering by Oswald Chambers. Now, I've taken a good deal of flak concerning Chambers, especially from my Reformed friends. I'm ok with that. After all, it's a hard thing to fault a man for being posthumously highjacked by mystics. It's what mystics do. But in his day, Chambers was bold in the proclamation of the inerrancy and the full sufficiency of the Scripture. I daresay today's mystics would not find him a ready ally, especially since he believed that,

"The end and aim and meaning of all sanctification is personal, passionate devotion to Jesus Christ. Keep bold and clear and out in the bracing facts of His revelation world, the Bible. Never compromise with those who water down the word of God to human experience, instead of allowing God to lift up our experience to His Word" (Oswald Chambers: Abandoned to God: The Life Story of the Author of My Utmost for His Highest).

Though most widely known for "My Utmost for His Highest", Chambers never wrote a book. He was a Biblical Theology professor whose lectures were so engaging that his wife (who wasn't even a student!) never missed. Since she was proficient in shorthand, she was able to take word-for-word dictation, thereby preserving the substance of his actual lectures. After his death, she compiled her class notes and had them published. However, in the case of My Utmost, she published a compilation of quotes from various lectures. This is where I find the disadvantage: those quotes, divorced from their original context, sometimes present Chambers in a rather mystical light. It's important to engage him on the grounds of his theology, and not snippets of the same.

Having said that, I'll admit that I am unfamiliar with some of the more minor parts of Chambers' theology so of course this is not a full out endorsement. That wouldn't be wise anyway. However, I have been and continue to be very much helped by this particular book and hope that the following will somehow bless someone else today.

As an aside, Oswald Chambers: Abandoned to God: The Life Story of the Author of My Utmost for His Highest is one of my absolute favorite biographies, one that I highly recommend.

Real suffering comes when a man’s statement of his belief in God is divorced from his personal [experience with] relationship to God.

[WWI] has put an end to a great deal of belief in our beliefs. Coleridge’s criticism of many so-called Christians was that they did not believe in God, but only believed their beliefs about Him. A man up against things as they are feels that he has lost God, while in reality he has come face to face with Him.

So long as a man has his morality well within his own grasp he does not need Jesus Christ—“'For I came not to call the righteous, but sinners,' said Jesus. When a man has been hard hit and realises his own helplessness he finds that it is not a cowardly thing to turn to Jesus Christ, but the way out which God has made for him.

There is a passion of pessimism at the heart of human life and there is no “plaster” for it; you cannot say, “Cheer up, look on the bright side”; there is no bright side to look on. There is only one cure and that is God Himself, and God comes to a man in the form of Jesus Christ. Through Jesus Christ’s Redemption the way is opened back to yesterday, out of the blunders and blackness and baffling into a perfect simplicity of relationship to God. Jesus Christ undertakes to enable a man to withstand every one of the charges made by Satan.

Satan’s aim is to make a man believe that God is cruel and that things are all wrong; but when a man strikes deepest in agony and turns deliberately to the God manifested in Jesus Christ, he will find Him to be the answer to all his problems.

It is not what a man does that is of final importance, but what he is in what he does. The atmosphere produced by a man, much more than his activities, has the lasting influence.

If the study of the Book of Job is making us reverent with what we don’t understand, we are gaining insight. There is suffering before which you cannot say a word; you cannot preach “the gospel of temperament”; all you can do is to remain dumb and leave room for God to come in as He likes. The point for us is: Do I believe in God apart from my reasoning about Him? Theology is a great thing, so is a man’s creed; but God is greater than either, and the next greatest thing is my relationship to Him.