Swallowed Up By Life 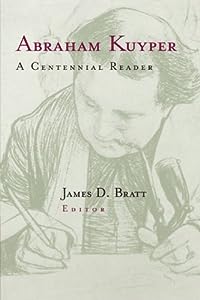 Kuyper the writer, philosopher, and sometime statesman; Kuyper the historian and theologian extraordinaire. Yet as the fires of his greatest trial burned away the accolades, the ashes revealed a heart that cherished one designation above all else-- the simple name of husband. In the week following the death of his wife, Abraham Kuyper laid aside his titles and, taking up the pen of grieving husband, wrote the ragged account of his faith.

In an article published for his weekly publication, De Heraut (The Herald), Kuyper let the force of his faith spill across the pages, confessing, "The inner life of those who want to live solely for their God is very mixed indeed."

"Given what lies before your eyes at the time of death, you can only say that Death, the fearful enemy of God and man, finally succeeds in swallowing up a life so precious to you... Nothing helped. Nothing was of any use. When that last bit of breath expired it was as if Death mocked you with all your unheard prayers and pointless anxieties. It whispered derisively: "I won; your morning of joy will never come."

"And there you stood with broken heart by the deathbed. There lay your deceased, lifeless, inanimate, for all the world as if she had been swallowed up by death. Swallowed up—a hard word. Devoured, as if by a beast of prey... And let's be honest: in that first hard moment when a shock passes through the heart, the child of God sees it that way too. It is a dreadfully gloomy thing to stare into the dark emptiness of the valley of the shadow of death as we watch a dearly loved one enter there. Death is there, hauling away its prey before our eyes; and we are there, compelled to watch it happen, overcome by pain and helplessness.

"But that is reality—the bitter reality of death in the visible world. To deceive yourself by hiding that hard reality behind funeral wreaths and flowers, to imagine that you can comfort the bereaved with generalities about God's providential love is cowardice. You' re not serious, you lack courage, if you use a blindfold to hide the harshness of death from yourself and others.

"You prayed, but God did not hear your prayer. Despite your prayer, death won. But is not God almighty? Where is that providential love when He lets death have its way—worse, sends it to you and abandons your suffering one to it?

"No. Say rather that death came on account of sin and by sin. Let your conscience be touched, and acknowledge that God's fearful wrath was at work in that process of dying. That way at least you can tremble before God's holiness. But to babble about providential love when God lets bitter death rob you of the dearest thing you had on earth, when you see a precious life wither, disappear, swallowed up before your eyes—that's lying to yourself. That you cannot do with any sincerity. That is playing with words right up to the grave.

"But now comes God's Word which, without in any way discounting the harshness of that reality, turns it around for you. Totally."

Read the article -- and his outworking of his hope -- here.

The Scales of Grace in Equipoise