The Showcase of a Faithless Heart

I never knew joy could be so difficult. But it is. Consider the following account.

"The two venerable Martyrs, Ridley and Latimer, had both been brought before the same Co 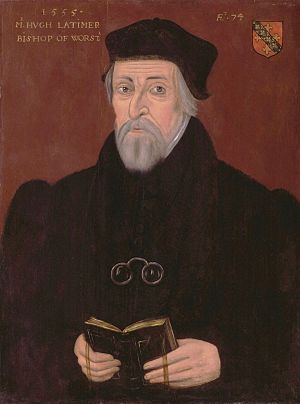 mmission on the charge of heresy… [Ridley] maintained his noble bearing to the end. He was adjudged “an obstinate and incurable heretic,” and condemned to the flames. The aged Latimer, then in his eighty-second year, worn out and withered, dressed in tattered garments, half blind and deaf, and almost toothless, was the miserable object on whom these inhuman wretches wreaked their vengeance. He was in like manner consigned to the flames; but their ultimate doom also awaited the fiat of the equally ruthless Pope. This poor creature still had the force and dauntless courage of a true martyr. He and Ridley were tethered together at the same stake, and when the faggot was lighted at Ridley’s feet, Latimer cheered his fellow-sufferer in the ever memorable and emphatic words:—

“Be of good cheer, Master Ridley, and play the man. We shall this day light such a candle by God’s Grace in England, as I trust shall never be put out.”

History records that though Latimer died almost immediately, “Ridley however, hung on, with most of his lower body having burned before he passed away.”[2]

Telling someone like that to “be of good cheer”? These words, flung out across blackened air roiling with hate, portray that Latimer was one of three things—

A man of great insanity

A man of great cruelty

Or a man of great joy

No one denied the sanity of either man, nor was cruelty their crime. But joy? Really? What kind of joy accompanies a man to the stake? How can joy prop a man up as his legs and feet are devoured by the flame? And since when did joy become a scaffold anyway?

Joy is not a denial of faith. It is not the shaking off of the inevitable. Rather, joy is the very offspring of faith. It is the result of trust in His character, in His Word, in the surety of His doing—of His being—everything He has promised. I suppose that’s why joylessness is such an offense to Him — it is the showcase of a faithless heart. Joylessness tells the world what we really believe about our God. It screams the message, “He is not worthy of my trust. He is changeable. I have no basis for this hope I claim.”

(Not that any of us would actually say that, but the message is there all the same.)

For those of us in pursuit of it, joy can be an elusive jewel. After all, matters of faith and joy are not hasty; they are slowly simmered in the fires of everyday trials. And sometimes, for some of us, faith and joy are like diamonds hard won, found only as we sift the ashes of our former selves in the furnace of affliction.